Homemade noodles the way my Grandma made them 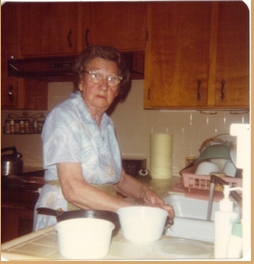 Grandma would spend an entire day making homemade noodles. While she used a handcrank pasta machine in her later years, I do remember the handcut ones from when I was really little. The dough would be rolled out across the entire end of her kitchen table and often a batch of her homemade noodles were a length of at least foot (something makes me want to say that was folded over the dryer dowl- so 1 noodle was approximately 24" long.)

Every time she made the noodles, an entire chicken would be boiling on the back of the stove, in a kettle of water with 1 bay leaf, a tsp of allspice (with cloves removed) and salt and pepper. This was her homemade chicken soup stock for that evening dinner. She'd later remove the bones, and add the noodles. And we would all feast. Yum.
Each child and grandchild's household then left that night with a bag of homemade noodles from the day's event. 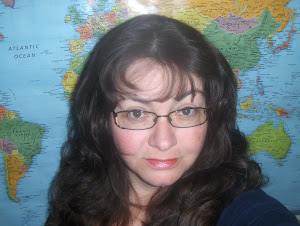